In Part 1 of this article, Apache24 Server and PHP5 were installed and configured.  The next step towards having a functional FAMP (FreeBSD, Apache, MySQL, PHP) Stack is to install mysql and phpmyadmin. END_OF_DOCUMENT_TOKEN_TO_BE_REPLACED

After going through this exercise, several aspects of the software configuration needed cleaning up.

END_OF_DOCUMENT_TOKEN_TO_BE_REPLACED

Recently, a ssh session terminated while editing a text file.  Unfortunately, tmux was not utilized and the session ended abruptly.  Not giving it much thought, the server was rebooted and during the dmesg output, the following message was produced: “recovering vi editor session”.

After searching the internet, I discovered vi saves its session by default in “/var/tmp/vi.recover”.  Since the saved sessions were not need, the contents of the directory were deleted and the resulting error message on boot up disappeared as well. 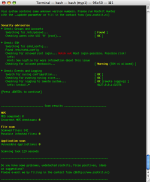 Checking for Root Kits on FreeBSD

Whether one uses a FreeBSD Server at home, at the office, or rents a dedicated server, it is important to scan for dangerous root kits especially if the server is facing the internet.  In the FreeBSD Ports Collection, two root kit ports are available:  revealrk and rkhunter.  For this post, rkhunter was chosen. END_OF_DOCUMENT_TOKEN_TO_BE_REPLACED

In an effort to provide some level of control to the OpenLDAP Server, access control policy (ACP) can be implemented using the “access to” directive.  This article will not focus as an instructive tutorial on access control or ssf (security strength factor) within OpenLDAP, but rather a brief insight into the author’s immediate needs to provide an initial level of directory security using the access control mechanisms. END_OF_DOCUMENT_TOKEN_TO_BE_REPLACED 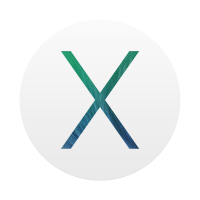 What’s the use of having an OpenLDAP Directory if you do not have any clients connected to it?  In this article, attaching a Macintosh 10.9 Client to the OpenLdap Directory with standard schemas and storing the contents of our Home Directory on a NFS File Server is demonstrated. END_OF_DOCUMENT_TOKEN_TO_BE_REPLACED

With the advent of NSA snooping, corporate espionage, and general employee mischief, it’s time to start utilizing encryption to snoop-proof data streams emanating from corporate networks.  LDAP is but one of many protocols in which encryption is necessary – see flowchart below.  This article will focus on using TLS/SSL on the interconnected streams of data originating from and to an OpenLDAP Server and its dependent services.  It will not contain much in the area of OpenLDAP ACL’s as a means to segregate different users and data with differing levels of encryption, nor will it focus on SASL and Kerberos as a means to secure data.  Again, these topics will present themselves in a future related article.

END_OF_DOCUMENT_TOKEN_TO_BE_REPLACED

In Part IV, nss-pam-ldapd and /etc/nsswitch.conf are configured to allow the OpenLDAP server to provide user account, group, host name, etc. that would normally come from /etc/passwd, /etc/group, or NIS. END_OF_DOCUMENT_TOKEN_TO_BE_REPLACED

In the last article, we demonstrated setting up and configuring a basic OpenLDAP Server for authentication.  However, to manage your newly minted OpenLDAP Directory, a front-end to provide that functionality.  In this post, Apache 2.4, PHP 5 and phpLDAPadmin will be installed and configured to manage your Directory. END_OF_DOCUMENT_TOKEN_TO_BE_REPLACED